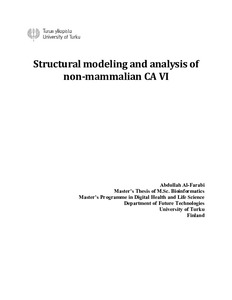 Our results based on the comparisons between SAP and CRP structures and the cluster between their protomers seem different as the list of contacts varies. Between the pentameric model of zebrafish CA VI+PTX complex and CRP electrostatic surfaces, significant hydrophilic and hydrophobic differences are observed among the CA VI+PTX complex and CRP. The counted conserved residues in both pentraxins are the same, but the fact that conserved residues in similar positions and conserved between SAP and CRP. The SAP has a lot more conservation, which is buried, and it seems to have more contact structure because many of these essential residues are buried, at least 95%. The interface residues are not highly conserved but whereas the calcium-binding sites are relatively conserved. The Ca2+ binding sites of pentraxins are organized in a similar mode, and Ca2+ ions coordinating residues are the same in both pentraxins.

Finally, compare the contact between SAP and CRP. The amount of contact or amount of contact residue is similar, only that the mode of binding is very different. Because of the difference and low conservation of contacting residues, it is concluded that the mode of Ca6 associated PTX cannot be fully predicted based on this study. However, multiple van der Waals contacts and one ionic contact were observed to be conserved between CRP and SAP, which may form a basis for understanding contacts between CA VI +PTX monomers.