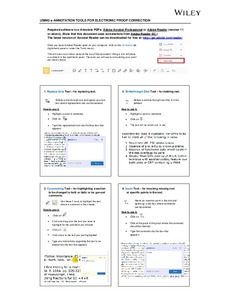 Conversion of solar energy into chemical energy in plant chloroplasts concomitantly modifies the thylakoid architecture and hierarchical interactions between pigment-protein complexes. Here, the thylakoids were isolated from light-acclimated Arabidopsis leaves and investigated with respect to the composition of the thylakoid protein complexes and their association into higher molecular mass complexes, the largest one comprising both photosystems (PSII and PSI) and light-harvesting chlorophyll a/b-binding complexes (LHCII). Because the majority of plant light-harvesting capacity is accommodated in LHCII complexes, their structural interaction with photosystem core complexes is extremely important for efficient light harvesting. Specific differences in the strength of LHCII binding to PSII core complexes and the formation of PSII supercomplexes are well characterized. Yet, the role of loosely bound L-LHCII that disconnects to a large extent during the isolation of thylakoid protein complexes remains elusive. Because L-LHCII apparently has a flexible role in light harvesting and energy dissipation, depending on environmental conditions, its close interaction with photosystems is a prerequisite for successful light harvesting in vivo. Here, to reveal the labile and fragile light-dependent protein interactions in the thylakoid network, isolated membranes were subjected to sequential solubilization using detergents with differential solubilization capacity and applying strict quality control. Optimized 3D-lpBN-lpBN-sodium dodecyl sulfate-polyacrylamide gel electrophoresis system demonstrated that PSII-LHCII supercomplexes, together with PSI complexes, hierarchically form larger megacomplexes via interactions with L-LHCII trimers. The polypeptide composition of LHCII trimers and the phosphorylation of Lhcb1 and Lhcb2 were examined to determine the light-dependent supramolecular organization of the photosystems into megacomplexes.