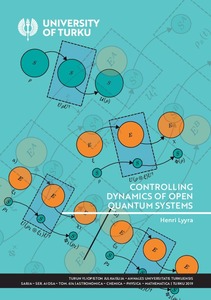 Quantum mechanics has both deepened our understanding of the physical reality and allowed development of quantum technologies beating their classical counterparts in efficiency, security, and sensitivity. As a major downside, the quantum properties behind these technologies are very sensitive to the effects the system’s interaction with its environment. The theory of open quantum systems describes how such interaction influences the system, and as a consequence, how the quantum features are lost, controlled, and possibly returned by manipulating the environment.

The rest of the thesis presents the main results of Publications I – VII. We study the memory effects and physicality conditions of open system dynamics described by the vast family of phase-covariant master equations. We show how the open quantum system picture can be exploited to design probing protocols to extract information without knowing how the probe and system interact. Such protocols are considered also from the point-of view of efficiently obtaining the information required in the probing, both in theory and by experimental implementation. The experiment serves also as evidence for applicability of recently developed geometric tools to design informationally incomplete measurements for solving so-called membership problems.

We present and experimentally realize a protocol where control over intial correlations between polarization and frequency gives full freedom to implement any dephasing dynamics in the open system polarization, thus dictating how its information content changes in time. We study the two-qubit memory effects of dephasing dynamics and compare them to the effect of such noise in the transmission efficiency in superdense coding. Optimal noise configurations in different situations are found. Finally, we characterize the families of initial states for which the decay of quantum correlations depends or does not depend on the noise location.