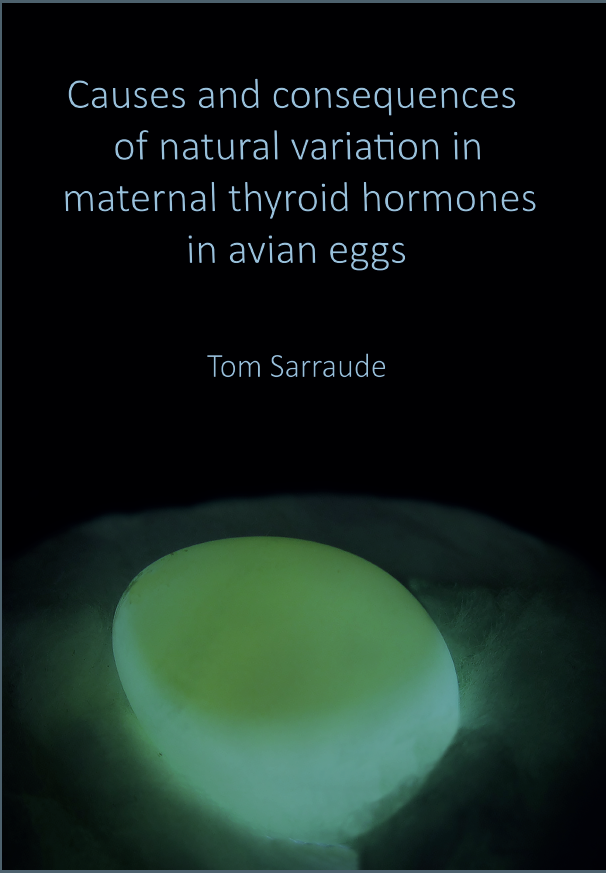 Mothers have the ability to shape the development of their offspring via various non-genetic pathways. These non-genetic influences can be behavioural, social or physiological, and are referred to as maternal effects. Research on maternal effects in vertebrates has grown significantly in the last two decades. A widely studied pathway for mothers to exert maternal effects is via hormonal signalling, and hormones transferred from the mothers to their offspring are designated as maternal hormones. Research on maternal hormones has mainly focused on steroid hormones, i.e. androgens and glucocorticoids, and there is now ample evidence that hormones of maternal origin can affect offspring phenotype. Other hormones are also transmitted by mothers such as thyroid hormones, which have received much less attention so far, despite their critical role in vertebrates on embryonic development, juvenile growth, metabolic activity and reproduction. Egg-laying species are good models to study maternal hormones as embryos develop in a sealed compartment and rely exclusively on maternal signalling during their development. In addition, it makes it easier to measure and manipulate yolk hormones independently of maternal physiology.

In my thesis, I aimed at answering several questions on maternal thyroid hormones in avian eggs: their cost of production and transfer to the eggs, the potential ability of mothers to regulate thyroid hormone deposition in the yolk, their short- and long-term effects, and their interactions with environmental variables.