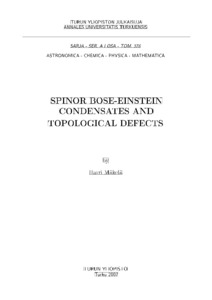 The results of the homotopy theory are used to study the existence and structure of the topological defects in spinor condensates. We construct examples of defects, study their energetics, and examine how their stability is affected by the presence of an external magnetic field.