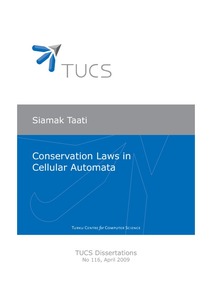 Conservation laws in physics are numerical invariants of the dynamics of a system. In cellular automata (CA), a similar concept has already been defined and studied. To each local pattern of cell states a real value is associated, interpreted as the “energy” (or “mass”, or . . . ) of that pattern.The overall “energy” of a configuration is simply the sum of the energy of the local patterns appearing on different positions in the configuration. We have a conservation law for that energy, if the total energy of each configuration remains constant during the evolution of the CA. For a given conservation law, it is desirable to find microscopic explanations for the dynamics of the conserved energy in terms of flows of energy from one region toward another. Often, it happens that the energy values are from non-negative integers, and are interpreted as the number of “particles” distributed on a configuration. In such cases, it is conjectured that one can always provide a microscopic explanation for the conservation laws by prescribing rules for the local movement of the particles. The onedimensional case has already been solved by Fuk´s and Pivato. We extend this to two-dimensional cellular automata with radius-0,5 neighborhood on the square lattice.