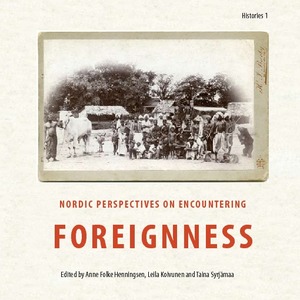 The foreign can be revered, produced, reproduced, submerged, feared or suppressed, but it has never failed to engage one way or the other. In this volume, a multidisciplinary research network Enfore (Encountering Foreignness – Nordic Perspectives since the Eighteenth Century) focuses on the cultural dynamics of “foreignness”. The authors explore the continuous negotiation between “ours” and “theirs” and the making of “our” place in the context of the wider world. They are using the concept of foreignness as an analytical tool for making visible this heterogeneous, variable and diverse phenomenon. Drawing on the findings within the Nordic context, the group will contribute to an understanding of the general processional and dynamic character of foreignness and of the relationship between metropolitan centers and peripheral areas elsewhere in Europe and in the wider world.