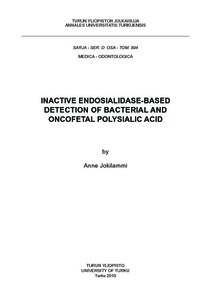 Polysialic acid is a carbohydrate polymer which consist of N-acetylneuraminic acid units joined by alpha2,8-linkages. It is developmentally regulated and has an important role during normal neuronal development. In adults, it participates in complex neurological processes, such as memory, neural plasticity, tumor cell growth and metastasis. Polysialic acid also constitutes the capsule of some meningitis and sepsis-causing bacteria, such as Escherichia coli K1, group B meningococci, Mannheimia haemolytica A2 and Moraxella nonliquefaciens. Polysialic acid is poorly immunogenic; therefore high affinity antibodies against it are difficult to prepare, thus specific and fast detection methods are needed.