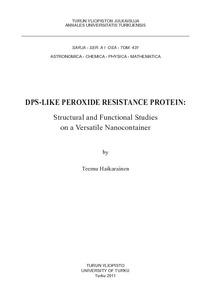 Oxidative stress is a constant threat to almost all organisms. It damages a number of biomolecules and leads to the disruption of many crucial cellular functions. It is caused by reactive oxygen species (ROS), such as hydrogen peroxide (H