Memory Effects in the Dynamics of Open Quantum Systems 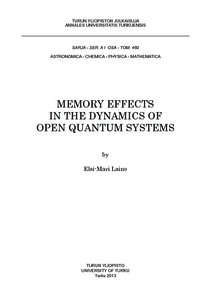 The last part focuses on describing two all-optical experiment in which through selective preparation of the initial environment states the information flow between the system and the environment can be controlled. In the first experiment the system is driven from the Markovian to the non- Markovian regime and the degree of non-Markovianity is determined. In the second experiment we observe the nonlocal nature of the memory effects and provide a novel method to experimentally quantify frequency correlations in photonic environments via polarisation measurements.